Venezuela, located in northern South America has a 1,700 mile coastline and is the 33rd largest country in the world. It is rich in natural resources such as petroleum, natural gas, iron ore and gold. Venezuela has the largest oil reserves in the world, surpassing Saudi Arabia with 297.6 billion barrels in 2013. More than 60% of Venezuela’s international reserves is in gold, most of which, is located in London.

A few facts
Venezuela has more Miss Universes and more Miss Worlds than any other country. Venezuelan beauties have won the Miss Universe title 7 times, Miss World 6 times, Miss International 6 times, and Miss Earth 2 times till date.
Venezuela’s name comes from the Italian word “Veneziola” that literally means “piccola Venezia” (little Venice)
Lake Maracaibo which is connected to the Gulf of Venezuela at the northern end is the largest lake in South America and one of the oldest on earth (20-40 million years old)
The Monument to the Virgen de la Paz en Trujillo, Venezuela is the world’s highest statue of the Virgin Mary
The Angel Falls or Kerepakupai Meru means “waterfall of the deepest place” and is the world’s highest uninterrupted waterfall, with a height of 979 metres (3,212 ft) and a plunge of 807 metres (2,648 ft).

Clarify the butter by placing it in a small pan over low heat, until melted
Let it simmer until the foam goes to the top of the melted butter
Remove the pan from the heat and let stand for about 5 minutes
Skim the foam from the top and discard. Pour it into a bowl using a fine mesh strainer
With an electric mixer, beat the butter for about 3 minutes
Add the sugar, vanilla and beat until well blended
Add the flour, and continue beating for 2 minutes
Form the dough into a ball. Wrap in clingfilm and place in the fridge for 30 minutes (don’t leave it any longer or it will become too hard)
Preheat the oven to 350 F
Roll 2 tablespoons of dough between your palms into balls and place the balls on a large greased baking sheet about 1/2-inch apart
Slightly flatten the balls using your hands
Bake the cookies until golden on top, about 20 minutes
Let them cool for about 5 minutes on the baking sheet
Dust the cookies with icing sugar 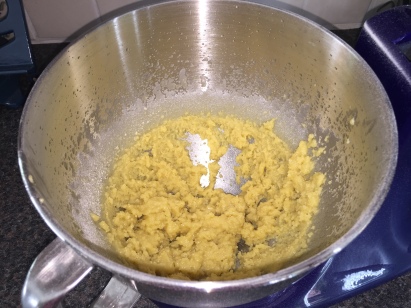 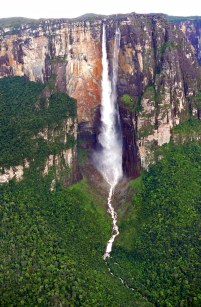 January 23, 2016January 31, 20171 Comment
Some facts about this landlocked country:
“Balao” is Hello in Sango.
The minimum monthly wage for an office worker is $28.
Basketball is the country’s most popular sport.
Bananas are the second major food crop
Diamonds are the largest Central African commodity export, sold either for jewelry (35%), or natural abrasives (35%).
My light hearted cooking challenge is nothing when you consider that nearly half the population of the Central African Republic are now facing hunger, double the figure from a year ago.
Some traditional recipes include Kanda ti Nyma (Meatballs in Peanut Sauce) and Muamba de Galinha (chicken with palm oil and okra).  I cooked Benne Wafers (sesame biscuits).
Rating: 7/10
For 30 biscuits:
1 cup sesame seeds, toasted
3/4 cup butter, melted
1 1/2 cups brown sugar
1 egg
1 tsp vanilla extract
1 cup all-purpose flour
1/4 tsp salt
1/4 tsp baking powder
Heat the oven to 190 degrees.
Meanwhile, toast your sesame seeds in a dry pan  over a med – low heat, stirring constantly until they start to turn a light shade of brown. Remove them from the heat and transfer to a small bowl.
Now mix all the rest of the ingredients together and add the sesame seeds.
Grease a baking sheet. Drop the mixture by half-teaspoons onto the sheet, making sure to keep some distance between each wafer. When baking, the wafers will spread out until they’re pretty much flat, so they need a lot of space.
Bake for 5-6 minutes, or until the edges of each wafer start to brown.
Remove from the oven and let sit for 2-3 minutes.
Transfer to a wire rack to cool (if you wait much longer they will start to stick to the pan). 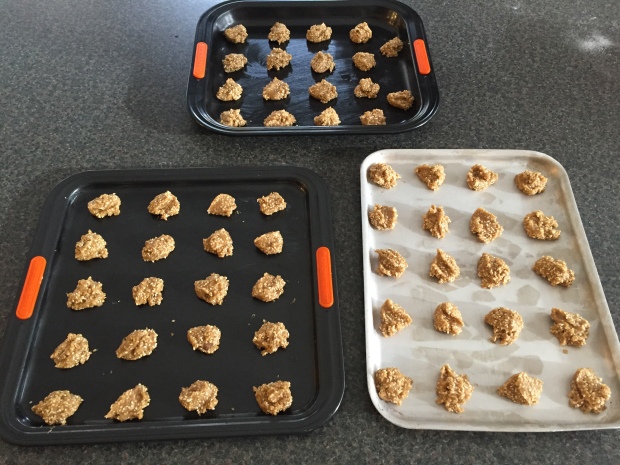