Benin is a country in West Africa, bordered by Togo to the west, Nigeria to the east, and Burkina Faso and Niger to the north. About 42 African ethnic groups live in Benin, with most people living on its small southern coastline on the Bight of Benin.  It was formerly called Dahomey, a kingdom that rose to prominence in about 1600 and over the next two and half centuries became a regional power, largely based on its slave trade. Dahomey was also widely known for its corps of female soldiers known as the Dahomey Amazons.

Benin is widely seen as the birthplace of voodoo. They hold an annual Voodoo festival in Ouidah on Voodoo Day (January 10th), which is a public holiday. There is a national Voodoo museum.  Voodoo is more than a belief system, it is a complete way of life, including culture, philosophy, language, art, dance, music and medicine.

It offers the visitor many interesting sights including the Parc National de la Pendjari, which is one of the best wildlife parks in West Africa. Lions, cheetahs, leopards, elephants and hundreds of other species thrive here.  Other highlights are Grand Popo (palm fringed beaches), the colonial buildings of Porto Novo (the capital) and Grand Marche de Dantokpa (the large market in Cotonou).

Put the flour, yeast, salt, sugar and water in a bowl and mix with your fingers until it is well blended.
In a large frying pan, heat the oil to low – medium.
Place spoonfuls of the mixture around the pan and fry for 6 minutes on each side and then 2 minutes again on the first side.
Drain on kitchen towel and serve with a dusting of icing sugar. 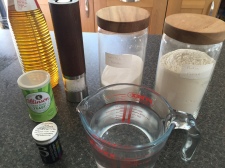 The Gambia is the smallest country in Africa.  It is mostly surrounded by Senegal, except for a short strip on the Atlantic coastline.  The River Gambie (from which the country takes it’s name) flows from east to west for three hundred miles, the entire length of the country.

The Gambia gained its independence from the UK in 1965.  A short-lived federation of Senegambia was formed between 1982 and 1989. In 1991 the two nations signed a friendship and cooperation treaty, but tensions have flared up intermittently since then.

The Gambia’s economy is dominated by farming, fishing, and especially tourism.  They have 100,000 tourists visiting each year, mainly from Europe, and 50% are from the UK.  Among birdwatchers it is revered as one of Africa’s best birding destinations with more than 560 different species spotted.  Other highlights include the Atlantic Coast resorts with it’s lovely beaches & fishing villages, Banjul market (the capital), taking a pirogue ride through the mangroves and James Island slavery museum.

Recipes I came across for The Gambia were Domada (peanut & tomato paste), Superkanja (okra & beef stew), Base nyebe (rich stew of chicken or beef with green beans and other vegetables) and Chere (steamed millet flour balls).  I decided to make Cashew Nut Ngato (cashew nut brittle), which in all honesty turned into a bit of a disaster.  I’m not sure if the ingredient ratios I followed weren’t quite right or if I should’ve bashed the nuts before adding them to the sugar, but either way it wasn’t great! 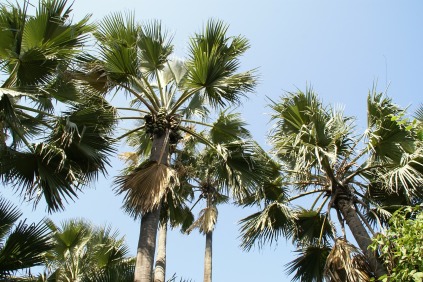 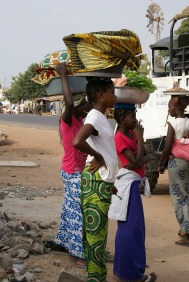 Gambia girls at the Fish market