The Solomon Islands is a nation of hundreds of islands in the South Pacific lying to the east of Papua New Guinea and northwest of Vanuatu. The major islands are Guadalcanal, Choiseul, Santa Isabel, New Georgia, Malaita and Makira (or San Cristobal). It is believed that Papuan-speaking settlers began to arrive around 30,000 BC and the first European to visit the islands was the Spanish navigator Álvaro de Mendaña de Neira, coming from Peru in 1568.

Some of the most intense fighting of WWII occurred in the Solomon Islands. Many ships were sunk in the sea off Honiara and there are many WWII relics beneath’s the ocean’s surface that are a real treat for divers.

The Marovo lagoon is allegedly the world’s largest saltwater lagoon. It contains hundreds of beautiful small islands, most of which are covered by coconut palms and rainforest and surrounded by coral. Other highlights include the Vilu War Museum, Skull Island, Lake Te’Nggano (the South Pacific’s largest expanse of fresh water), Mataniko Falls and the central market of Honiara.

The cuisine of the Solomon Islands features fish, coconuts, cassava, sweet potatoes, ulu (breadfruit) and a variety of fruits and vegetables.
Dishes I came across were curried coconut and lime gourd soup, cassava pudding and papaya chicken with coconut milk. I opted to make fish curry with tomatoes which I served with a green salad. It was so simple, fresh tasting and very delicious.

Bulgaria, the country, not Great Uncle, is in southeastern Europe and is one of the oldest European countries, the only one that hasn’t changed its namе since it was founded in 681 AD. Great Uncle Bulgaria is named after the country and is the leader of the Wombles of Wimbledon.

Bulgaria is home to the Varna Necropolis treasure, the oldest gold treasure in the world with an approximate age of over 6,000 years. The site was accidentally discovered in October 1972 by excavator operator Raycho Marinov. The artifacts can be seen at the Varna Archaeological Museum and at the National Historical Museum in Sofia.

Bulgaria was the world’s second largest wine producer in 1980s, but the industry declined after the collapse of communism. However production is up and is now ranked 21st in the world with over 130,000 tonnes produced in 2013.

Bulgarian born Stefka Kostadinova has held the world record for the female high jump at 2.09m since the 1987 World Athletics Championships in Rome.

Char the red peppers on a BBQ or gas hob until black all over
Leave to cool for 5 minutes, then remove the skin by gently washing under the tap, remove the seeds
Cut the tomatoes, cucumber, peppers into cubes and place in a salad bowl
Add the onions, parsley, oil and seasoning
Crumble over the feta cheese and serve 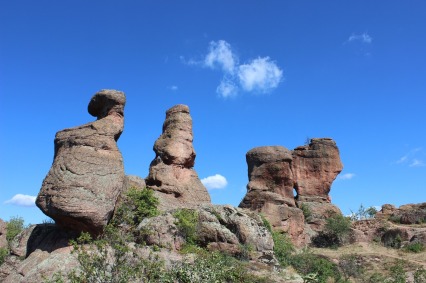 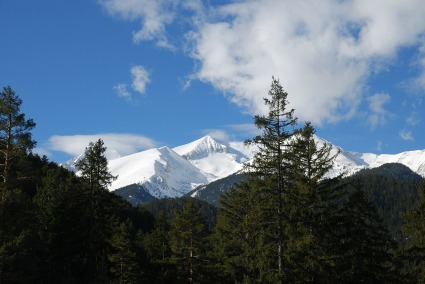