Ethiopia is a landlocked country in the northeast African region known as the Horn of Africa. It is the only African nation that has never been colonised. It is the most populous landlocked country in the world and it’s population has grown from 33.5 million in 1983 to 87.9 million in 2014. The population is forecast to grow to over 210 million by 2060. According to WaterAid UK over 44 million people (more than half the population) do not have access to clean water.

Most Ethiopians are farmers and herders. Deforestation, drought, and soil degradation have caused crop failures and famine during the past few decades. At the beginning of the 20th century, around 35% of Ethiopia’s land was covered by trees, but research indicates that forest cover is now approximately 11.9% of the area. It produces more coffee than any other nation in Africa and remains it’s most important export.

With 9 altogether, Ethiopia has the most UNESCO World Heritage Sites in Africa. These include the ruins of the city of Aksum, dating from the 1st to the 13th century; the fortified historic town of Harar Jugol containing 82 mosques; the Lower Valley of the Awash, where the oldest fossil skeleton of a human was found (called Lucy) dated back to 3.2 million years ago and Lalibela, where there are 11 medieval cave churches from the 13th century.

Typical Ethiopian cuisine includes Injera (spongy flatbread), Wat (spicy stew), Tibs (fried meat with vegetables) and Kitfo (raw beef marinated in spice). Some other recipes I came across were Sambusa (fried & filled dough pastry), Yekik Alicha (yellow lentils with turmeric sauce) and Doro dabo (chicken bread). I made Misir Wot (spicy lentil stew) which contains 2 traditional Ethiopian ingredients – niter kibbeh (spiced butter) and berbere (spice blend). It it usually served with injera, but we had it on it’s own and thoroughly enjoyed it. We felt it would work equally well with some roast lamb.

Rinse the lentils in a sieve under cold running water and set aside
Heat the butter in a medium saucepan over medium heat
Add the onions and cook, stirring occasionally, until golden brown, about 10 minutes
Add the garlic and cook, stirring constantly, until fragrant, about 30 seconds
Add the reserved lentils, 1/2 tbsp of the berbere spice blend, tomato, and 2 cups water to the saucepan
Reduce heat to medium-low and simmer, stirring occasionally, until thick and the lentils are tender, 25 – 30 minutes
Stir in the remaining berbere and season generously with salt
Serve immediately

For the niter kibbeh
Melt the butter and heat it until it foams. At this point add the other ingredients. Reduce the heat and simmer very gently for about 20 minutes. Do not stir. This will separate out the milk solids, leaving a clear butter mix on top
Cool the mixture, strain a few times through a sieve or muslin and discard the milk solids
You can store the spiced butter in the fridge in a sealed jar and use as desired.

For the berbere spice blend
Combine fenugreek seeds, peppercorns, and cloves in a small frying pan. Heat over medium high heat until fragrant and toasted, about 3 minutes. Do not burn. Set aside.
Grind the crushed chillies in a pestle and mortar. Add the toasted spices and grind until fine.
In a medium bowl, combine the ground toasted spice mixture with the remaining ingredients. Mix together until well blended.
Store in an airtight container. 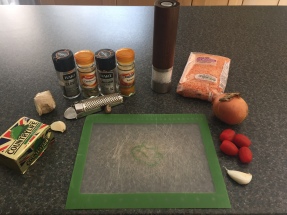 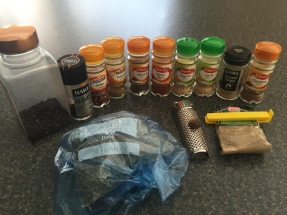 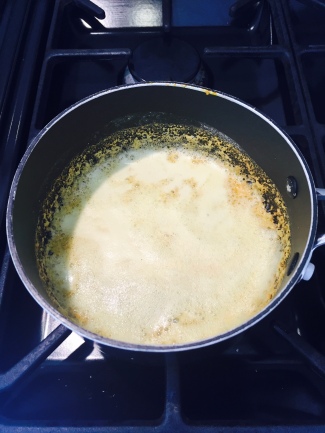 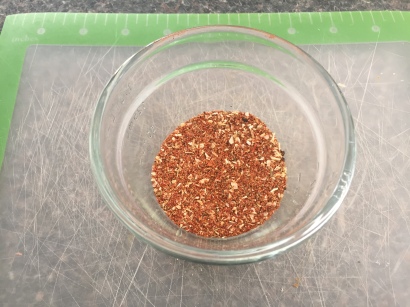 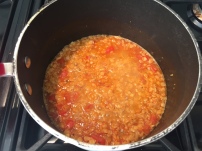 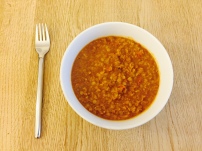