Tunisia is a North African nation bordered by Algeria to the west, Libya to the southeast, and the Mediterranean Sea to the north and east. It contains the eastern end of the Atlas Mountains and the northern reaches of the Sahara desert.

Independent from France since 1956, the country’s first president, Habib Bourguiba, established a strict one-party state. He dominated the country for 31 years, repressing Islamic fundamentalism and establishing rights for women unmatched by any other Arab nation. In 1987, Bourguiba was removed from office and replaced by Zine el Abidine Ben Ali in a bloodless coup. Street protests followed over high unemployment, corruption, widespread poverty, and high food prices, culminating in rioting that led to hundreds of deaths. In January 2011 Ben Ali dismissed the government, fled the country, and a “national unity government” was formed.

A state of emergency is currently in effect in Tunisia, imposed after a suicide attack on a police bus on 24 November 2015. It has been extended a number of times. On 20 June it was extended for a further month to 21 July. Until recently tourism had provided jobs for 11.5% of the working population with 6.2 million tourist visitors in 2013. Some of the main attractions are the ancient ruins of Carthage, Jerba’s El-Ghriba synagogue, Sfax Medina and the Mosque of Sidi Mahres in Tunis.

Tunisian cuisine uses a variety of ingredients in many different ways. Unlike other North African cuisine, Tunisian food is quite spicy. Harissa, a hot red pepper sauce is commonly used. Cous cous or Kosksi as it’s known, is the national dish of Tunisia. Recipes I came across include Koucha (slow cooked lamb), Felfel Mehchi (stuffed peppers), Lablabi (a thick soup made with chickpeas and garlic), Brik (a fried Malsouka dough stuffed with tuna and an egg) and Marqa (slow cooked stew).  As I was cooking Morocco and Tunisia on the same day, I decided to make Tunisian vegetable cous cous to serve with the Moroccan Mshermel chicken tagine. It was quick and easy to make and very tasty.

Heat the oil in large pot over medium-low heat
Add the onion, courgette and carrot and cook, stirring occasionally, until onions begin to soften and turn translucent, about 15 minutes.
Stir in the red peppers and cook for 5 minutes
Add the vegetable stock and coriander
Bring to a boil then reduce heat to low for 5 minutes
Stir in chickpeas and tomatoes and cook for 5 minutes
Slowly pour in the couscous and stir
Remove from the heat and cover the pan immediately
Let it stand, covered, for 5 minutes. Fluff the couscous with a fork and season to taste
Serve at slightly warmer than room temperature 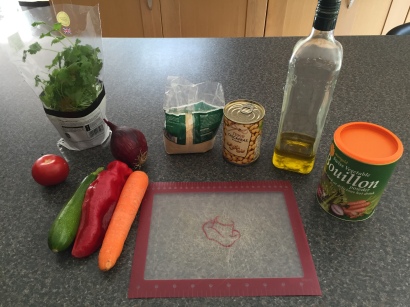 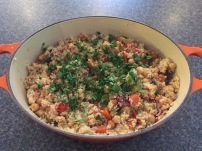 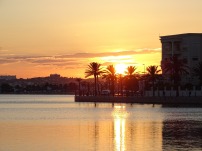 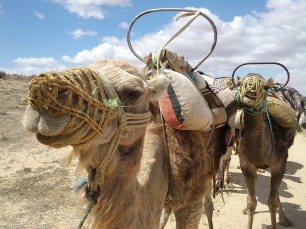 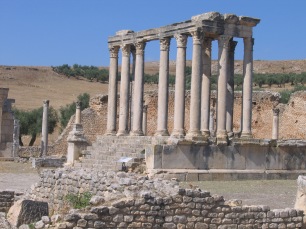