February 4, 2016January 31, 2017
São Tomé and Príncipe, is Africa’s second smallest country in terms of population c. 194,000, after The Seychelles.  It is formed of 2 islands in the Gulf of Guinea, close to the equator and they are part of an extinct volcanic range featuring striking rock, coral formations, rainforests and beaches.  It is home to much wildlife including five species of turtle.
It is the smallest Portuguese speaking nation in the world, “Leve leve” (Easy, easy) it a mellow ‘hello’ and the motto of Sao Tome.
Cocoa is the main crop and it represents 95% of the country’s export.
It was on the island of Principe where the first experimental verification of Albert Einstein’s theory of relativity happened in an experiment by Arthur Stanley Eddington in 1919.
The cuisine is based on tropical root crops, plantains, and bananas, with fish as the most common source of protein. The vegetables that are eaten consist of gathered indigenous greens that are cooked in red palm oil.  They have a famous TV chef – João Carlos Silva, who presents “Na Roça com os Tachos” – In the Roça with the Pots.
Some recipes I came across include Fish Calulu (stew) , Chicken with coffee sauce and Rancho de terra (beans & rice).  I opted for Sonhos de Bananas (banana doughnuts) served with chocolate sauce.
Rating: 8/10
4 bananas, peeled
2 tablespoons sugar
1 cup flour
1/2 cup milk
1 egg
Sugar & 1/2 tsp cinnamon mix
Oil for frying
Mash the bananas with a fork and mix with the sugar and flour. Whisk together milk and egg then stir in the banana mixture to form a batter. Heat oil in a deep fryer or saucepan to 350 F. Pour batter a tablespoon at a time into hot oil and fry for about 5 minutes, turning halfway through cooking, until the doughnuts are golden brown. Drain on paper towels and serve dusted with the cinnamon sugar & chocolate sauce. 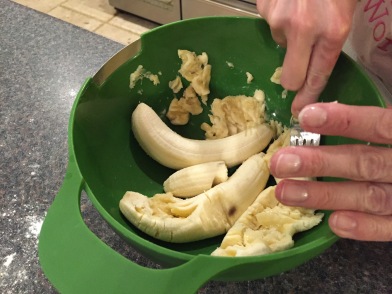 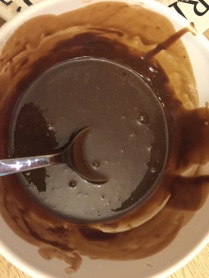 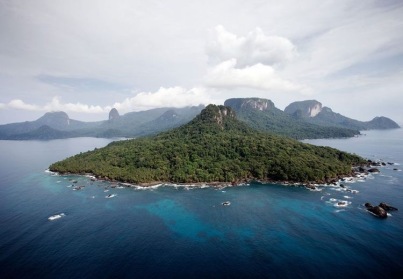 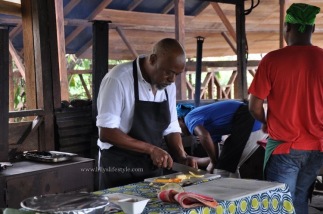 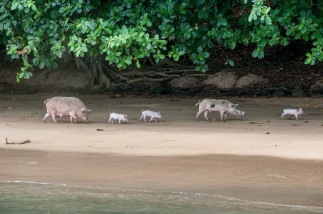