The territory of Estonia consists of a mainland and 2,222 islands and islets in the Baltic Sea. It is bordered to the north by the Gulf of Finland, to the west by the Baltic Sea, to the south by Latvia, and to the east by Lake Peipus and Russia.

Invaded by both the USSR and Germany during WW2 and after, Estonia became independent (for the second time) in September 1991. The Singing Revolution is the term used for the events between 1987 and 1991 that led to the independence of Estonia, Latvia and Lithuania. The term was coined by an Estonian activist and artist, Heinz Valk, in an article published a week after spontaneous mass night-singing demonstrations at the Tallinn Song Festival Grounds. In 1989 in a landmark demonstration for independence, more than two million people formed a human chain stretching through Lithuania, Latvia and Estonia, called the Baltic Way. Despite not being directly involved in the WW2 (only fighting against the occupation of its land), Estonia lost around 20-25% of its population during the war; some left the country and some died as a result of the war.

The first version of the Skype software was created by three Estonians (Ahti Heinla, Priit Kasesalu, and Jaan Tallinn) in 2003, in cooperation with Janus Friis from Denmark and Niklas Zennström from Sweden. Today it has nearly 700 million users worldwide, of which over 100 million use it each month. Most of the development team and nearly half of all employees of Skype are still situated in Estonia. It is often described as one of the most internet-focused countries in Europe with Tallinn being listed among the top 10 digital cities in the world.

Tallinn’s Old Town is listed as a UNESCO World Heritage Site and it’s highlights include the award winning KUMU art museum, the Alexander Nevsky Orthodox Cathedral and Kadriorg Park. The residents of Tallinn receive completely free public transport, which has helped to reduce cars in the city and decrease pollution.

Traditional Estonian cuisine has substantially been based on meat and potatoes, and fish in coastal and lakeside areas. Today it is influenced by many countries. Recipes I came across include Taidetud vasikarind (Roast stuffed shoulder of veal) , Kringel (cinnamon buns), Karask (Barley bread) and Rosolje (sausages served with potatoes). I decided to cook Hakklihakotlet (ground meat patties) and I served them in burger buns with melted cheese. They were simple to make and pretty tasty.

In a large mixing bowl, combine everything except for 1 cup bread crumbs and the oil, and knead with your hands for 5-10 minutes or until mixture is smooth, light and fluffy.
Moisten your hands with cold water and shape the mixture into 8 thick, round patties, then dip each in the remaining bread crumbs, coating all sides.
Heat the vegetable oil in a heavy frying pan over a medium to high heat.
Fry the patties 4 at a time for about 5-10 minutes on each side, keeping an eye on the heat so that they brown but don’t burn.
To make sure that they are fully cooked insert the tip of a knife into one of the patties and look to see that there is no pink. If it is still pink in the middle, lower the heat and cook for a few minutes longer.
Serve in burger buns with your choice of melted cheese. 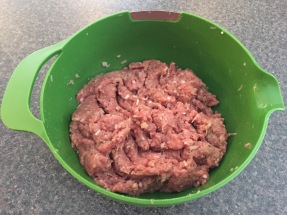 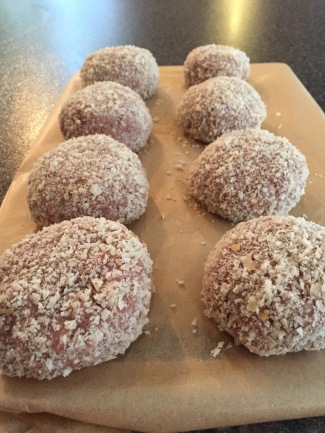 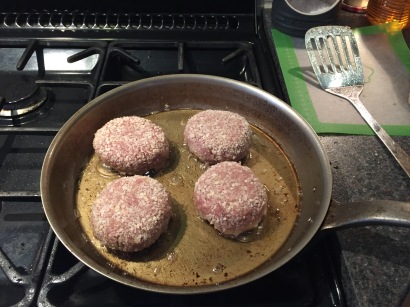 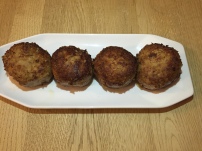 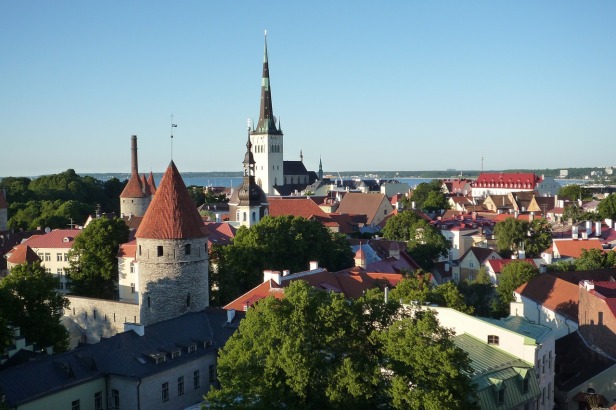