The Democratic Republic of the Congo (DRC), located in Central Africa is the second largest country in Africa and was previously named Zaire (from 1971 – 1997). It is slightly larger than the combined areas of Spain, France, Germany, Sweden, and Norway. The country has a tiny coast on the Atlantic Ocean, just enough to accommodate the mouth of the Congo River. It’s equatorial position gives it the highest frequency of thunderstorms in the world and it is home to the Congo Rainforest, the second largest rain forest in the world (after the Amazon). Five of the country’s national parks are listed as World Heritage Sites: the Garumba, Kahuzi-Biega, Salonga and Virunga National Parks, and the Okapi Wildlife Reserve.

The Congolese Civil Wars, which began in 1996, brought about the end of dictator Mobutu Sese Seko’s 32-year reign and devastated the country. The wars ultimately involved nine African nations and resulted in the deaths of 5.4 million people. Mobutu Sésé Seko (he renamed himself), roughly means “the all-conquering warrior, who goes from triumph to triumph”. Mobutu became notorious for corruption, nepotism and embezzlement. Mobutu allegedly stole as much as US$5 billion while in office. In July 2009, a Swiss court determined that the statute of limitations had run out on an international asset recovery case of about $6.7 million of deposits of Mobutu’s in a Swiss bank, and therefore the assets should be returned to Mobutu’s family. Under his rule the nation suffered from uncontrolled inflation, a large debt, and massive currency devaluations. Around 55% of people live below the poverty line, living on less than a dollar each day and less than a third of children in the DRC attend secondary school.

The DRC is the world’s largest producer of cobalt ore and a major producer of copper and diamonds. It is the second largest diamond-producing nation in the world, although a third of the DRC’s diamonds are believed to be smuggled, making quantifying production very difficult.

Although the Foreign and Commonwealth Office (FCO) advise against non essential travel to the majority of the DRC, it has a lot to offer adventurous travellers. Highlights include the rare Mountain Gorillas, living in the Virunga Mountains, the Lola Ya Bonobo Sanctuary, Mt Nyiragongo volcano and taking a cruise down the Congo River.

Some of the recipes I came across were Poulet à la Moambé (chicken with a peanut sauce), Soso na Loso (chicken and rice), Ntaba or Ngulu yako tumba (grilled goat or pork), Liboke (fish stewed in manioc leaves). I opted to cook Kamundele (beef kebabs) which traditionally would be served with fried plantain (not that easy to find), so I served it in pitta bread with salad and grated cheese. It was very simple and pretty tasty.

Place all the ingredients in a bag, except the olive oil and marinate in the fridge overnight.
Put the beef on to skewers.
Heat the griddle pan or BBQ and cook the beef kebabs for 3 minutes on each side.
Serve with pitta, salad & grated cheese. 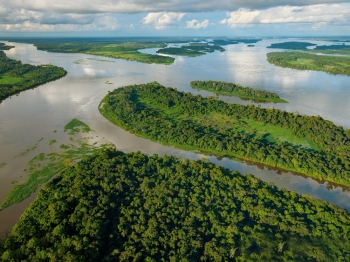 Democratic Republic of the Congo

Children of Democratic Republic of the Congo

Democratic Republic of the Congo

One thought on “Democratic Republic of the Congo”