Situated in West Africa, Mauritania (officially the Islamic Republic of Mauritania) is in western North Africa.  The country derives its name from the ancient Berber Kingdom of Mauretania, which existed from the 3rd century BC to the 7th century, in the far north of modern-day Morocco.  Part of French West Africa until independence in 1960, Mauritania is influenced by Arab as well as African cultures.  Some of the world’s richest fishing grounds lie off the coast. The population still largely depends on agriculture and livestock for their livelihood.  Fish exports account for 60% of foreign earnings.

Mauritania passed a law to abolish slavery only in 1981. It is one of the last countries to do so.  Despite the legislation against slavery, there still exists around 90,000 slaves in Mauritania according to 2003 estimates.

Nouahchott, which means “place of the winds,” was designated as the country’s capital only in 1960 and is therefore one of the world’s newest capitals.  It’s highlights include Port de Pêche (fish market), Mosquée Saudique and the Musée National.

Tourists are also attracted to Atar, the ancient capital of the Almoravid kingdom, and Chinguetti, with houses and mosques dating back to the 13th century.

The cuisine of Mauritania has an overlap with Moroccan cuisine in the north and Senegalese cuisine in the south.  Some traditional dishes include Thieboudienne (Cheb-u-jin), a coastal dish of fish and rice, considered to be the national dish, Mahfe (goat or camel meat in a peanut, okra and tomato sauce) and Cherchem (lamb couscous).  I opted to cook Méchoui, whole roasted lamb.  I followed a brilliant recipe from a fellow ‘around the world cook’ Sasha Martin.

Chop the onion, dried fruits, and add to a skillet with rice, stock, salt, pepper and ground coriander. Cover and simmer for about 10 minutes and then let it cool slightly.
Preheat the oven to 160C.
Stuff the lamb with the rice & fruit mix and then tie up the lamb with string.
Put the remaining rice mix in a small casserole dish and cover with foil.
Roast the lamb for 2 1/2 to three hours. Put the casserole of stuffing in for the last 30-45 minutes of roasting.
Let the meat rest for 10 minutes before slicing.
Serve with the extra rice and roasted carrots. 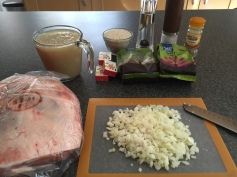 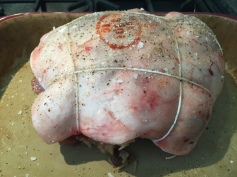 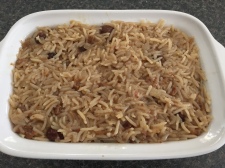 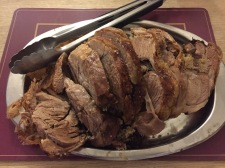 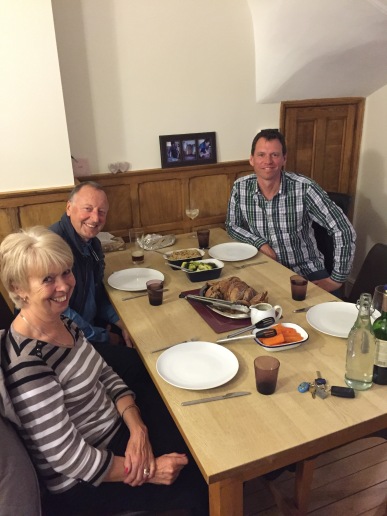 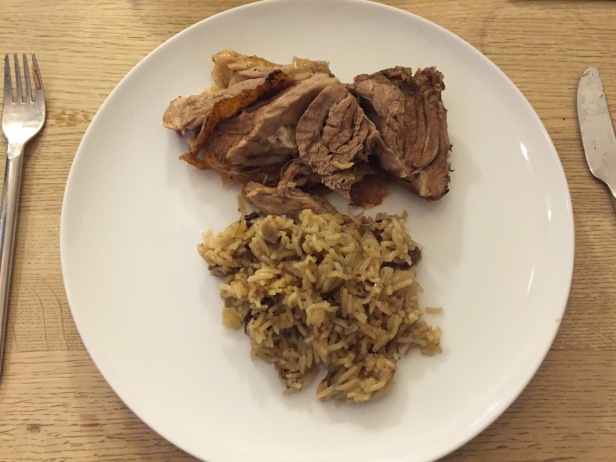 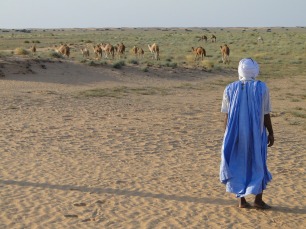 One thought on “Mauritania”